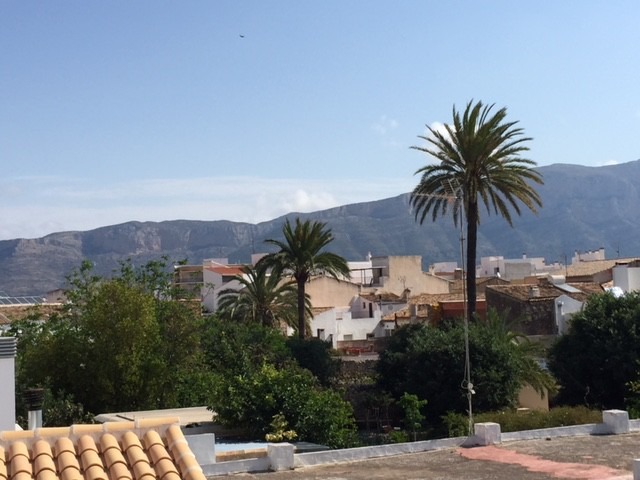 The localities on the Costa Blanca are known for the quality of their beaches and beauty of its urban plots.  Moreover, the hotel business, the gastronomy, the benign climate and the health services also make the difference.  The following towns are characterised by this rich and divers offer:  Jávea, Moraira, Calpe, Benissa, Denia, Altea, Benitatxell, …

However, the tourists searching for the sun and beach, complement perfectly with the pleasant country life that can be enjoyed in the interior of the Costa Blanca.  Rural towns of Alicante to enjoy of land and beach life activities, a few kilometres away from the best coves and beaches on the Costa Blanca.

These localities, with calm life rhythms and low population density, constitute an alternative residential home as precious as the ones near the beach.

They are localities which concentrate on a surrounding which is inclined , progressively, towards the rural life forms, for example, Gata de Gorgos, Jesús Pobre and the towns of the Vall del Pop, an area delimited by the Gorgos or Xaló river; starting in Castell de Castells and includes towns like Murla, Parcent, Benigembla and Alcalalí.  Nearer to the coast are Senija, Benissa, Lliber and Xaló.

In every case it is possible to enjoy in a same day the activities of the country and the beach life.  The centres of the towns and the fields of the Vall del Pop are a few kilometres away from the beaches on the Costa Blanca.  It is even not a ridiculous thought that you can go walking or on a bike from one area to the other. Another healthy activity and which is included in the style of life near to nature typical on the Costa Blanca and its interior.

Towns to live and enjoy the land and the sea.

With respect to some specific localities, Gata de Gorgos is, without doubt, one with the most relevance.  The people of Gata de Gorgos celebrate diverse festivities, being the most highlighted the one taking place at the end of July and beginning of August, to honour their patron saint San Cristo.  On the other side, another special characteristic of Gata de Gorgos is its great gastronomy, based on the ingredients of the non irrigated crops.  Among the typical products, the cocas (typical pizzas), the pout and the traditional espencat stand out.  In fact, in relation with the particular orography and physiognomy of the area of Gata de Gorgos, zones like the ones related with olive trees and carob trees are highlighted.  Additionally, the washing sites and fountains are typical of these regions and you can also find them in this town.  Its privileged situation, a few minutes away from the beaches of Javea (11km away), Denia (15km away), and Moraira (16km away) make this calm town a privileged place to live in.

Another town you cannot miss is Jesús Pobre.  It has approximately 600 inhabitants and its customs and limits are so marked by the Costa Blanca as well as by the foothill of the Montgó. This union gives an idea of beauty to its landscapes. Total calm in a small town, only ten kilometres away from the beach. Jesús Pobre, as well as other towns of the area, also stands out for its great abundance of festivities. In its lands you can see the irrigated crops substituting the non irrigated.  In regard to the Moscatel, it still is, just as in Teulada-Moraira, the paradigmatic local drink.  Cocas, rices and stews are part of the gastronomy which you can normally enjoy in Jesús Pobre.  Lastly, it is convenient to visit its farmhouses.

Apart from the mentioned towns, there are other included in the Vall del Pop, to which visits can also be organised in routes which combine leisure and different localities.

In the Vall del Pop they still live, in a certain way, depending on the rhythm the sun indicates.  In occasions, it is interesting to disconnect from the frenetic capital life and get carried by the calmest customs of the country life.  Without doubt, your physical and mental health would be grateful of that.

The Vall del Pop pleases the residents and tourists because of the coexistence of valleys, precipices and other geographical features marked by the course of the river and which stand out for its natural beauty.  There are valleys in where also vines are cultivated and almond trees grow.  The small towns stand out for their traditional bell towers.

In the Vall del Pop there are, for example, peculiarities which attract the attention of the visitors, such as the Balearic presence in the particular Valenciano of the inhabitants of the area.  It is a legacy related with the repopulation of the localities such as the Tàberna, after the expulsion of the Moorish.  The Arab people, on another side, left an spectacular legacy which can still be perceived in crops and urban plots.

Moreover, the towns of the Vall del Pop celebrate with fervour festivities of Christian and pagan origin.  Without doubt, the most attractive, for its spectacle and participative character, are the Moors and Christians festivities, which commemorate the battles between the re-conquerors and Saracens.  They are traditional festivities in all the southern coast of the Valencian Community which are receiving a strong popular impulse in the last decades.

Besides, the gastronomy of the Vall del Pop, in the line mentioned before, is based on rices, cocas, wines and cold meat (in this last case, a succulent heritage of the Balearic repopulation).

The life in the calm town also favours the fair trade and the shopping without a rush.  They are activities which can be carried out in a more relaxed way, in the frameowork of the Mercadillo de Xaló (Market of Xaló) or the traditional businesses of the area.

As mentioned before, the sport activities outdoors are in fashion in the interior of the Costa Blanca: hiking, touring by bicycle, river navigation... 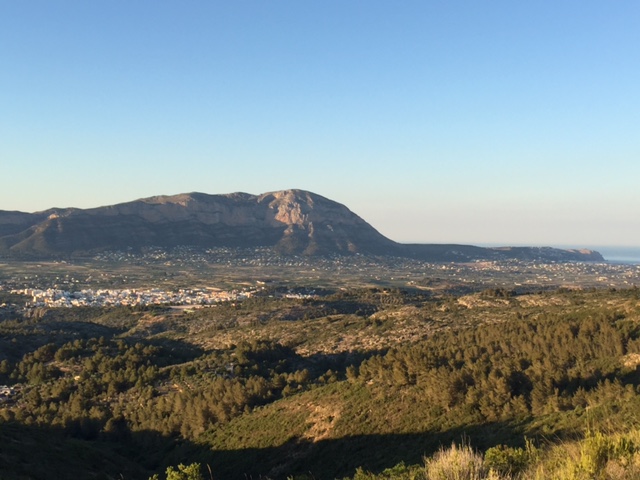 Lastly, the opportunity to visit some constructions of exceptional ethnographic interest cannot be left out.  The riuraus are used to protect the raisins from the unfavourable weather conditions.  You can only see them in a dozen of localities of the Marina and in some of the Safor.

Definitely, the Costa Blanca not only lives from its splendid beaches, but also from the bucolic settings with a rural house. Some towns in which you can find the its interior peace you need.