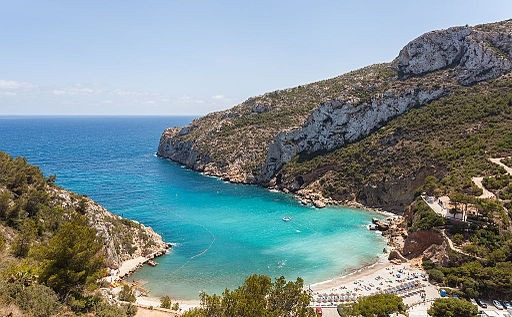 The area of the province of Alicante has many kilometres of beaches, distributed along the different coastal towns.  If we add the fantastic climate of the Spanish Levante (East coast) and the existence of numerous and precious coves to discover, it is not surprising that many people (specially, from north Europe and Rusia) decide to choose some of the residential homes on this coast to settle and enjoy life near the sea.

The different localities which form the Costa Blanca have their beaches, or are a few minutes away from them, each one with its own history and characteristics which make them special and different to the rest.  Depending on the town you visit, you will find very charming corners which will make you discover all the possibilities this area offers.

The best beaches on the Costa Blanca

One of the most known and recognised towns is, together with Javea and Altea, Denia.  This city is modern and offers the tourists all type of services.  Its beaches stand out for their kilometres of soft and fine sand to practice water sports such as sailing, scuba diving and windsurf, among others.  The most important are the beach Les Bovetes, one of the most special ones and with very calm waters; the beach Les Marines, 1,900 Meters long, formed by golden sand and with access services for disabled; or the famous beach Les Rotes, which, because it is on a protected area, it is not suitable for swimming, but it is for snorkelling, it is 3,200 Meter long and it is formed by rock and gravel.  It attracts tourists looking for places of amazing beauty.

On the border with Denia, separated from this town by the Montgó Natural Park, is Javea (Xàbia, in Valenciano), which has 25 kilometres of coast, formed by beaches and coves connected by a network of viewpoints.  From the Cabo de San Antonio to the Granadella cove, this area combines virgin coves with vast beaches of golden sand, promenades, bars and restaurants to fully enjoy the surroundings.

The Marine Nature Reserve of the Cabo de San Antonio, with a wide diversity of marine species, represents a unique place for diving, sailing, scuba diving or an spectacular swim.  Among the numerous beaches, the Arenal stands out because it is the most visited and because it is near the promenade and all the different services.  It is formed by fine sand and shallow waters, which makes it ideal to enjoy with the kids.

The Granadella cove is a beautiful place barely 220 meters long, with gentle waves and which is accessed through a  thick Mediterranean forest.

The Portichol cove is the most spectacular for its impressive cliffs, while Sardinera cove or Blanca cove are virgins so the only access is by foot, through small roads.

Beaches and coves with sand and rock, all of them with transparent waters.  That is the description of the coastal landscape of this town.  At the feet of Cabo Blanco we find a not very crowded cove and marked by its surroundings of pine trees and vegetation which are a privileged lookout point of the area.  The Fustera cove is ideal to start learning to sail or underwater photography, while Advocat cove has a spike which gives the opportunity to dock sailing boats and fish. 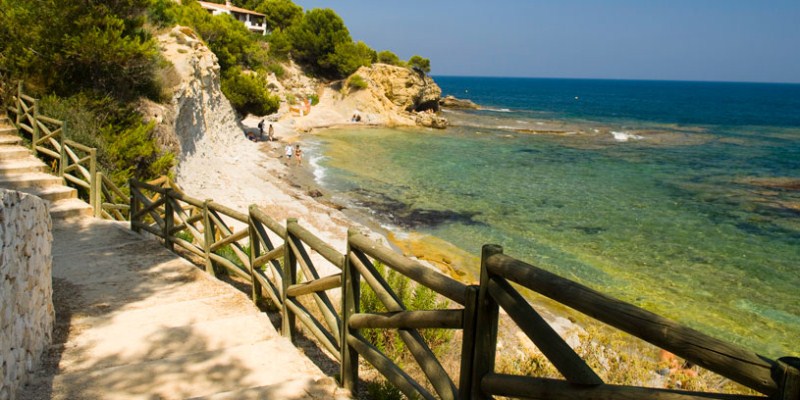 The Rock of Ifach is its best insignia and its most important symbol. It is spectacular.  The town of Calpe, with 2,351 kilometre squared and nearly 30,000 inhabitants. There is the El Collao cove, on the western end, up to the Levante beach, the Cantal Roig or the Arenal-Bol. All are very visited and have fine sand, perfect to swim or scuba diving.  Additionally, there are numerous places to taste fishes and seafood of the area.

Next to the urban centre of Teulada, Moraira is very rich town in natural resources.  It is located on the bay, between the Cabo de Oro and the Cabo Blanco (also known as Punta Estrella).  In this area there are eight kilometres of coast with beaches and small coves.  The most important are El Portet, the Ampolla beach, Les Platgetes, La Cala or L'Andragó. 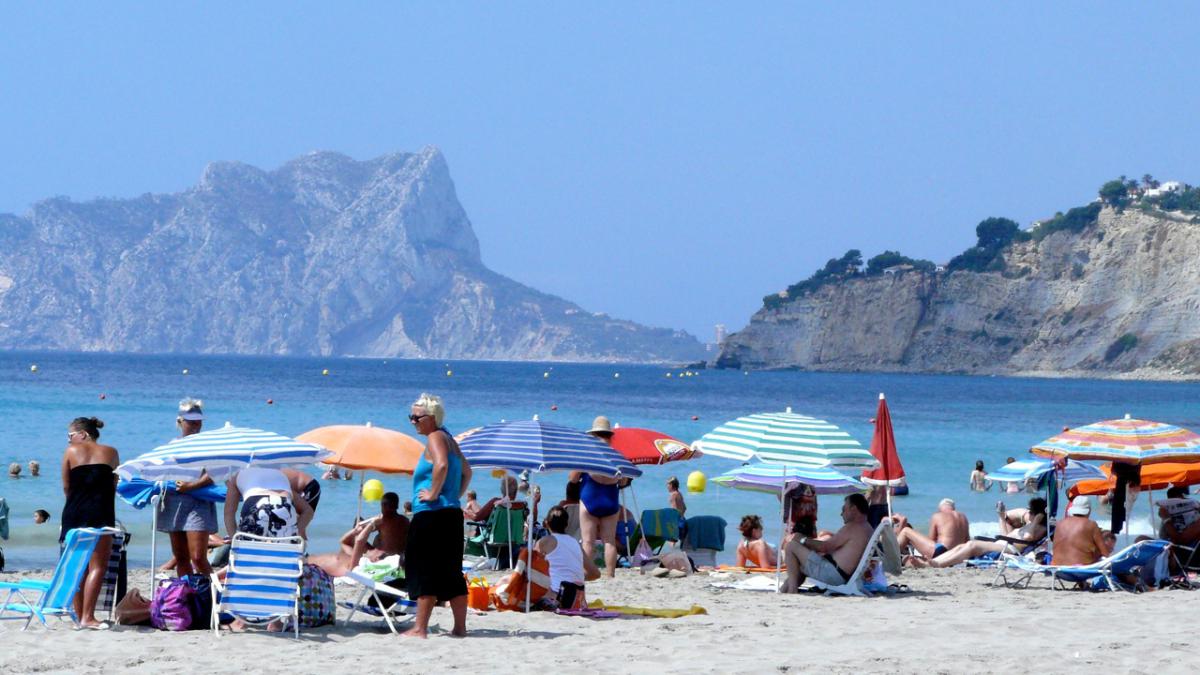 As Moraira, it also has a total of eight kilometres formed by beaches, coves and the impressive Morro de Toix, a geographical feature located on the north of the town. Borderline with l'Alfás del Pi, its nautical offer is very well known.  The Cap Blanch and the Cap Negret stand out, two beaches located on the south and north of the town, respectively, with areas of golden sand alternated with other of pebbles and gravel and with many services (from WC to public telephone, footbaths and sport games). The Cala del Soyo is very small (barely 25 metres long) but has spectacular panoramic views, which range from the Rock of Ifach up to Punta Bombarda.  On the other side, the Roda beach is located next to the urban centre of Altea, it continues from Cap Negret and one of the most animated of the locality, delimited with a busy promenade which offers multiple animation options.

For the diving amateurs, there is nothing better than the Mascarat beach with specially clear water. The Solsida, for its part, is on the cliffs, and composed by various coves of difficult access (only by foot) and it is very precious for nudists.

In short, the options to enjoy the sun and the sea are infinite and very tempting.  For that reason, it is not surprising, for many, that the Costa Blanca is the most similar place to a paradise.