Useful and practical tourist information about the municipality of Moraira.

Moraira is an urban nucleus of the municipality of Teulada, located next to the Mediterranean Sea. Teulada and Moraira have the distinctive characteristic of having two urban areas, separated by a distance of 6 km, so they have double history, traditions and customs.

The charm of Moraira is that it has grown moderately, till it has transformed into an international tourist centre on the Mediterranean coast, preserving its privileged surrounding and the appearance of a fishermen town.

Moraira is known for its important tourist centre, the beauty of its beaches, its interesting historic centre, the quality of its wines and its peculiar fish auction. The orientation of its coast and the position of the mountains surrounding it create a microclimate which guarantees an average annual temperature of 18 degrees and allows us to enjoy its charm during nearly the whole year.

In Teulada and Moraira there is a commitment to the environment, the residents and visitors, and specially, to the future. Therefore they seek to preserve the natural resources, the traditions and customs, trying to obtain a sustainable development to guarantee a better future.

In 2014 it was selected by Atrevo, one of the most prestigious tourist agencies in Germany, as "the best vacation place in Spain", beating other localities in Mallorca.

The coast of Moraira and Teulada. Coves, beaches and Sport port.

Moraira and Teulada have 8 kilometres of coast, with various beaches and coves, which, for their  quality and their services, have been awarded with the Blue Flag status by the European Foundation for Environmental Education to beaches and ports in Europe and other continents.  This commitment to the quality of its beaches and to the environment have also helped Teulada and Moraira obtain the certification of the quality systems ISO 9001 and Environmental Management ISO 14001.

The Club Náutico and Sports Port in Moraira.

The Club Náutico and Sports Port in Moraira, considered one of the best in the Valencian Community, has 620 moorings, for boats with a maximum length of 25 metres and with a draught of 7 metres. The recreational yachts on the port show the tourist development of this town. The Club Náutico offers multiple services, among which are highlighted:  A 10 tones crane, fuel supply, water and electricity points in the moorings, fishing quay and waiting dock, fish lonja, boat painting and repair service, workshop locals, public parking, toilets, sailing and diving school, restaurant, commercial premises, nautical shops, etc.

In the Club Náutico is lthe Fishermen Lonja from Moraira located, the only one in the whole region where the fish is still sold in the traditional way and directly to the people. Every day, from Monday to Friday, at 10 a.m., as long as the weather permits it, the association of fishermen in Moraira offers, to anyone who wishes, the possibility of buying by auction small lots of fish (ranchos), which are fished that morning. The auction takes place starting at a low bid which increases, they shout it out in Valencian. When someone wants to purchase a lot, they stop the auction and can obtain the "ranchos" at the said price. There are some exceptions with determined types of fish or shellfish.

Moraira has different beaches with the Blue Flag status for the quality of their waters and the services they offer. The main beaches in Moraira are: El Portet de Moraira, the Ampolla beach and Les Platgetes.

The Portet beach in Moraira.

The Portet beach is a fine sand beach with the following services: security, lifeguards, toilets, footbath, walkways, parking, canoe rental and a promenade with bars and restaurants.

The L'Ampolla beach in Moraira.

The L'Ampolla beach is also a beach with fine sand, located next to the Castle of Moraira, in the urban centre of this locality. This beach and the Portet beach are the biggest and most visited beaches in Moraira. In summer there are services as security, lifeguard, parking, access for disabled, footbath, toilets, walkways, children's' playground, hammocks and beach umbrellas, and restaurant.

The Les Platgetes beach in Moraira.

The Les Platgetes beach is formed by two small coves, near to the L'Ampolla beach and Moraira's urban centre, there is an area with sand and another with rock. They are next to an attractive promenade with garden and a grassy area. It has the following services: lifeguard, security, footbath, walkways, toilets and the mentioned promenade with lookout point.

The Cala de L'Andrago and the Punta de L'estrella in Moraira.

Moraira also has other attractive coves, the most famous ones are the Cala de L'Andrago and the Punta de L'estrella. Both coves have clean and crystalline waters, with a very beautiful seabed, ideal for the diving and scuba lovers.

Activities in Teulada and Moraira.

Hiking and nature in Teulada and Moraira.

This locality offers the possibility of making hiking routes, which are correctly signalled. It is another way of enjoying this locality.  Nature and hiking in Moraira-Teulada

In Moraira there are five extraordinary underwater routes: Laberinto, Cap D’Or, Portet, Andragó and Cap Blanc. These routes show the submarine world on the coast of this locality, full of natural wealth.

There are specialized companies which offer the possibility of discovering these underwater routes, as well as canoe trips, water scooters and guided excursions. Besides, the Club Náutico Moraira offers summer sailing and diving courses.

Among other sports activities you can carry out in this locality, and not related with the sea, some are: tennis, a walk through the Bio-Healthy Park of the Ampolla beach, kart races for all ages at the Adrian Valles circuit, climbing the cliff of the Cap D'Or peninsula, etc.

Enjoy the festivities in Teulada and Moraira.

During the whole year Moraira and Teulada offer a festivity timetable based on the traditions and customs of this locality and the Costa Blanca. The most important ones are: The Patronal Festivities of Teulada to honour San Vicente Ferrer, celebrated on the weekend after Easter holidays and which offer: concerts, parades, fireworks and the typical bullfights "bous al carrer"; the Moor and Christians Celebrations in Moraira, celebrated the second weekend of June; and the Patronal Festivities of Moraira to honour the Virgen del Carmen, celebrated in July and the most important acts are a boat procession, the bullfighting "bous a la mar" and aquatic fireworks. 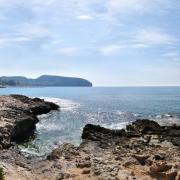 Properties for sale and rent in Moraira 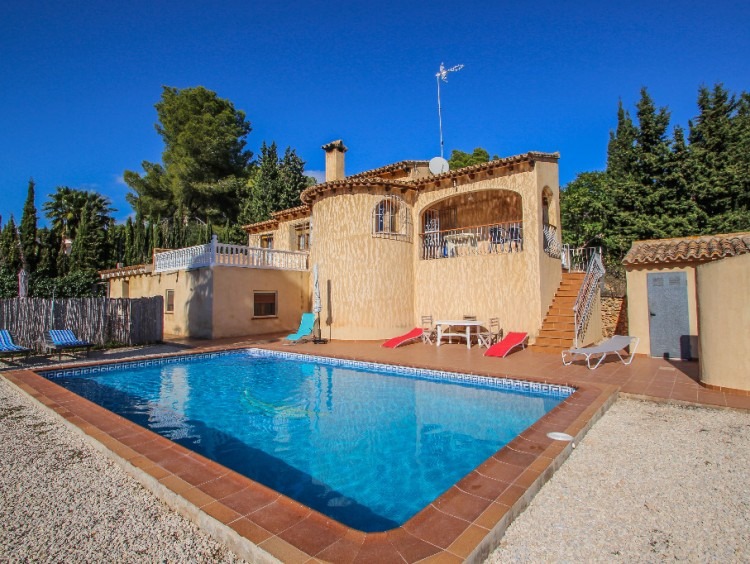 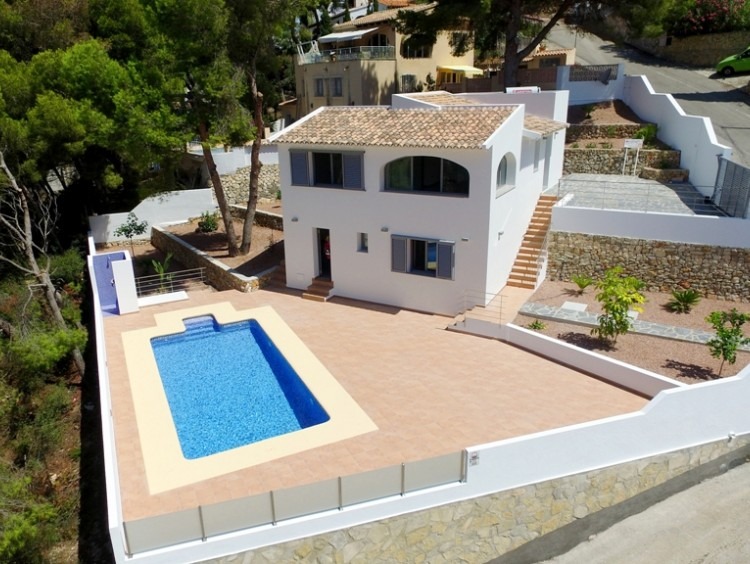