Useful and practical tourist information about the municipality of Denia.

Denia is one of the most important cities of the Province of Alicante, with a census population of approximately 44,400 inhabitants and in summer it can reach more than 200,000. This shows the tourist importance of this locality.

Located on the north of the Costa Blanca, almost midway between Valencia and Alicante, Denia is the capital of the marina Alta region. This locality, together with the localities of Javea, Gata de gorgos, Benitachell, Teulada-Moraira, Benissa, Calpe and Altea, are located on a desirable place on the Costa blanca, the Valencian Community and Spain, because of its privileged climate, its tranquillity, the richness of its culture, festivities and traditions, its gastronomy and the possibility it offers to enjoy the Mediterranean Sea and to practice a wide range of water sports.

These localities have an excellent location in a Mediterranean environment, near the cities of Benidorm, Alicante, Valencia and Ibiza, and with the advantage of enjoying a peaceful climate in a privileged setting of beaches and coves, protected natural spaces, sports ports and golf courses.

Denia has approximately 18 km of coast, divided in two parts which are separated by the port and the urban centre of the town. On the north are located the Les marines Beaches and on the south the Las Rotas Beaches.

The Les Marines Beaches are, generally, sand beaches with shallow waters, with advantageous winds for Windsurf, Kitesurf and sailing. These beaches:  Les Marines, Les Bovetes, Els Molins, L ́ Almadrava and Les Deveses, are located on the north part of the urban centre.

On the south of the urban centre of Denia are the Las Rotas Beaches are located. The first beach is a beach sand called La Marineta Cassiana, followed by the rock coves of Las Rotas, which have different names:  El Trampolí, la Punta Negra, Arenetes and La Cala.

Some of the beaches and coves in Denia have obtained the "Blue Flag" status and the certifications ISO 9001 (quality management) and ISO 14001 (environmental management) which show the quality and management of the services offered: cleaning, events, police, surveillance, lifeguard, etc.

Denia, because of its location in Spain, the nearest town to Ibiza, Mallorca, Formentera and the rest of the Baleares Islands, because of its deeply rooted in the fishing tradition and its activity promoting the nautical sports and sports events, has a sports ports which is considered one of the most important nautical centres of the Province of Alicante and the Mediterranean area.

Thanks to its proximity to the Baleares islands, from Denia's port in a few hours, you can visit the Ibiza Island with a Ferry which connects both localities.

The Club Náutico of Denia is perfectly located, 300 metres away from the town centre and from all the shopping an leisure areas. Besides, it has ample facilities, which have been evaluated and certificated in accordance with the requirements of the ISO standard 14001, with space for more than 600 boats, and the highlighted areas are: the hibernating area, the parking, ramps to the sea, heated covered swimming pool, shops and a conference and exhibition halls.

Denia, thanks to its privileged climate, offers the sport lovers the possibility of practising during nearly the whole year water sports, as well as sport on land.

For the lovers of the water sports, the predominant winds in Denia make this locality one of the best places in Spain to practice: Windsurf, Kitesurf and sailing. The most ideal areas are the Les Marines beaches, some of them are marked out to practice these sports. Besides, this locality has many sailing schools, among them is the Real Club Náutico of Denia, as well as a long tradition in organization of sailing regattas.

For the lovers of the sports on land, it is possible to practice hiking, tennis, biking or golf in the La Sella Golf Club located in a Mediterranean wood environment near to the Montgó Natural Park.

The Montgó Natural Park, declared as such because of its landscape, flora and fauna values, separates the localities of Javea and Denia, and offers the possibility of carrying out different hiking routes (Senda del Racó del Bou, Cova de L'Aigua, Cova del Camell, Creueta) and enjoy the different spectacular panoramic views.

Tradition and popular festivities in Denia.

The locality of Denia is considered one of the Spanish municipalities with the most festive events during the whole year. Each season of the year has its festivities for the entertainment and enjoyment for the public of all ages, for residents as well as for the visitors in this locality. Among the main festivities in Denia, the highlighted ones are:

The Parade of Three Wise Kings in Denia.

Which arrive each year on the 5th of January to Denia, getting of at Denia's port.

In March, from the 16th to the 19th, Denia celebrates the Fallas. A festive spectacle which includes: parades, mascletás (fireworks during the day), fireworks, music, popular lunches, the floral offering to the Virgen de los Desamparados, etc., and which finish with the traditional "cremà" (burning) of the fallas monuments on the Noche d San José (St. Joseph's Night).

Also in June Denia celebrates the Hogueras de San Juan, which include a romería and celebration in the San Juan Chapel.

In July the Pratonal festivities to honour the Santísima Sangre and Bous a la Mar are celebrated, these last have been declared festivities of National Tourist Interest. These festivities offer the visitors of this locality a lively timetable which include: the "Bous a la Mar", concerts, parade of floats, Fireworks from the northern breakwater of Denia's port, activities for children, sports competitions, open-air dances, etc.

Moors and Christians in Denia.

Other traditional festivity of the Province of Alicante and Valencian Community are the Moors and Christians celebrations, which take place in Denia in the middle of August.

Culture and leisure time. Historic centre and the Castle of Denia.

The quarters of the historic centre of Denia are an important commercial, cultural and leisure area of the city, a visit to its streets allows us to carry out a tour through the history of this town.

From the cultural aspect, the old centre offers, through its streets which recall to the Arab past of this locality, a tour through the main monuments and museums in Denia. Denia's Castle, Archaeological Museum, Ethnology Museum and Toy Museum.

From the leisure aspect, in the quarter "baix la mar", with a fishermen origin, offers a picturesque image with nice squares and corners, and in the Loreto street are located many quality shops, bars and restaurants, forming a commercial and leisure area which is very advisable for visitors.

The gastronomy in Denia is a clear sign of the richness of the Mediterranean Diet, with the best products of the sea and the Valencian vegetable garden. The most highlighted are the famous and popular red prawn of Denia, the rices (among them the "arroz a banda", the "suquet de peix", the espencat, dried octopus, sea urchins, the mistela, raisins, etc.

All these recipes can be tasted in many of the restaurants on the locality which elaborate regional dishes, but they also develop other type of kitchens: national and international, or signature dishes. Among these restaurants, the most famous at a national and international level is the chef Quique Dacosta, awarded various times with the highest honour of three Michelin stars for the Quality and creativity of its cuisine. 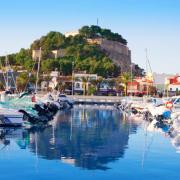 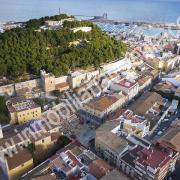 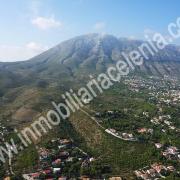 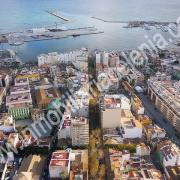 Properties for sale and rent in Denia 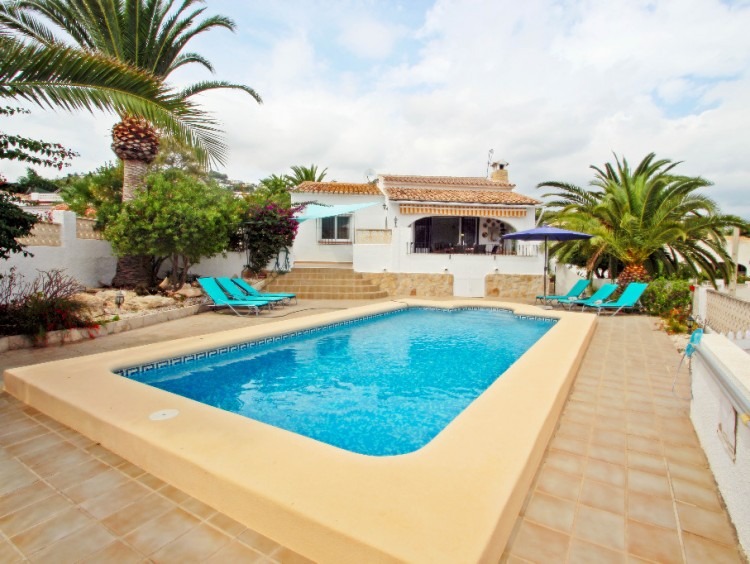 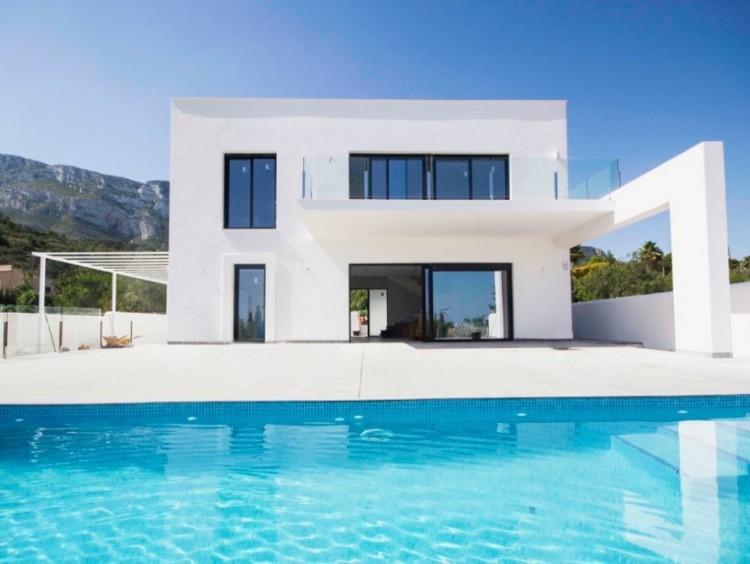 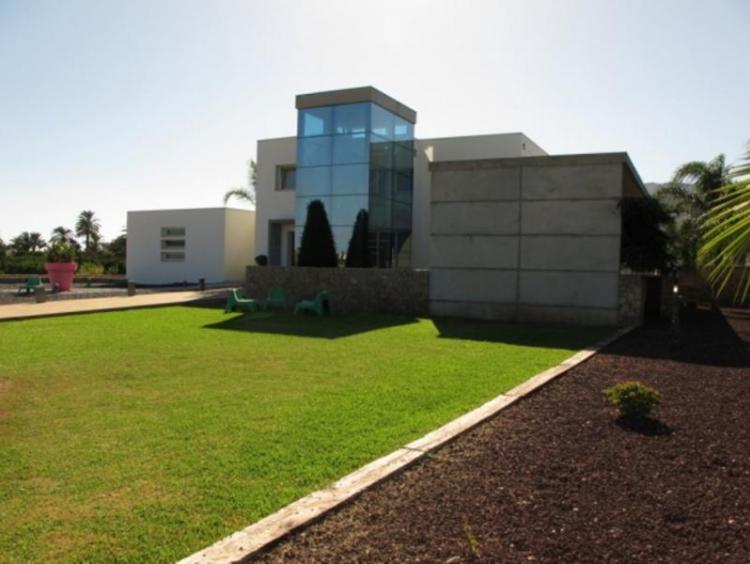